What do you do with a completed novel? - Margarwriterville 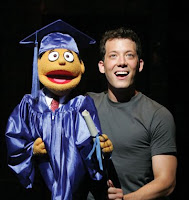 Even more useless than a B.A. in English is the unread novel. Now that it’s done, what should I do? Celebrate? I kind of did already. I went for a run and listened to “When I Write the Book” on my iPod, fueled by adrenaline the entire way. Once that was out of the way, I immediately dove into the second draft. I know everyone says “take some time, put it in a drawer,” etc. I will, eventually, but while the thing is still fresh in my system, I wanted to go back to the very beginning–for the first time–and see if anything stood out, good or bad. It’s only now that I’m beginning to get a feel for the whole scope of the thing, like the sculptor who doesn’t look at his creation until he’s done, and then steps back for a once-over. And, most likely, a do-over.

I’ve been hammering away at my query, if only to be writing something that isn’t the book itself. I’m also vascillating between titles. I started out with “Mother Sucker,” then tried on “Another Mother” and “World’s Greatest Mom.” Lately, I’ve been kicking around “Worst. Mom. Ever.” I know it’s “contemporary,” but as one of my friends says, maybe not in a good way. Any opinions? Here’s the hook in a nutshell:

When a successful software mogul discovers, on the eve of his father’s funeral in coastal North Carolina, that he was secretly adopted forty years ago in a backroom deal in Germany, he is forced to grow up and get some real problems. Before his emotional dust settles, two women are battling for his affection—both claiming to be his mother. Feeling betrayed, he traces the truth back to a small Bavarian town, unaware that in his shadow lurks a figure wishing he’d never been born.

I don’t know that this quite captures the “Carl Hiaasen” aspect of the book or sets a reader up for something offbeat, but it’s concise, and everything I read about queries says “less is more.”

Writer’s group tonight. They’ve got the final seven chapters–we’ll see how it goes.