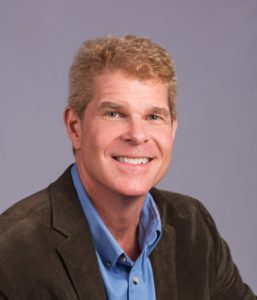 Bill Cokas is the author of The Peregrine Frost Passport Mystery series, as well as three previously published standalone suspense novels and a middle-grade novel that remains stubbornly unfinished. He honed his craft as a copywriter in the advertising industry, writing short-form fiction in 30-second increments.

When Bill isn’t writing, reading or drawing, he enjoys listening to music and podcasts, spending time with his wife and twin boys, and traveling whenever possible. He prefers countries with a strong beer heritage, but red wine paired with the right view can taste just as good.

Growing up in the Maryland suburbs, Bill committed audacious acts of rebellion throughout his childhood, such as walking to school alone and biking through the woods with friends without informing anyone’s parents. When real life didn’t provide sufficient drama, Bill escaped into books.

His first attempts at storytelling took the form of cartoons, inspired by his first idol, Charles Schulz. Realizing plagiarism had its limits, Bill eventually developed his own cast of characters and published their adventures regularly in The Daily Tar Heel while attending the University of North Carolina at Chapel Hill, where he also wrote short fiction.

When comic strip syndication eluded him after college, Bill settled into an advertising career in Chicago, writing for McDonald’s, Heinz, Nintendo and Samsonite. Without realizing it, he was gathering material for his first novel, the comic suspense Ring of Fire. When his birth mother located him a few years later, the events that followed served as the foundation for the offbeat suspense novel Battle Axe. His third book, Blarney Rubble, is awaiting further editing and will be published in the near future.

Bill lives in North Carolina with his wife, two sons and one imbalanced rescue dog.