We Lost Another Reader. - Margarwriterville 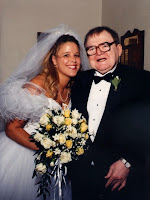 Not a reader of this blog. If we lost one of those, we’d be in negative numbers. I mean a devoted reader of fiction, those invaluable souls who keep us writers in business. Okay, by “us,” I mean “people who get paid to write fiction.” Maybe one day “us” will include “me.”

His name was Carl and there was no one else quite like him, nor will there ever be again. He was born in Germany, immigrated to Charleston, SC at age 10 with a strong German accent he never lost. He fought in WWII against Germany and even provided translation after the fall of Berlin. His love of all languages inspired him to become fluent in at least a half dozen of them: Italian, French, Spanish, Latin (I know, not a spoken language), Ancient Greek and of course English and German (I’m sure there are more, but this is off the top of my head). This came in quite handy as the head of the Comparative Languages Department at SUNY-Albany, a position he eventually attained and held until retirement. In his spare time, he played chamber music and was a walking encylopedia of classical music knowledge.

He had strong opinions and he wasn’t shy in broadcasting them–he didn’t suffer fools at all, much less gladly. Woe be unto the individual who attempted to change his mind on a particular subject. Academically, I have never known a smarter person. Nor have I ever met anyone who owned more books, in more languages. He frequently read foreign fiction in its original language: Cervantes, Plato, Rabeleis, Goethe, Dante, you name it. In later years, he committed his time almost exclusively to large-print mysteries and would roar through one or more in a single day. Though I knew it wouldn’t be to his liking, I printed out a heavily edited copy of my first book, a humorous suspense called “Ring of Fire,” in 16-point type, although he never got around to reading it. I have a feeling since it wasn’t officially published, he didn’t think it would be worth the effort. He was probably right.

Though I’m sure he deemed my profession (advertising) hopelessly frivolous, his Latin and Italian proficiencies found their way into a couple of projects of mine through the years. He helped me write a tagline for a pseudo-educational institution and an entire radio spot in Italian for a local menswear store specializing in Italian suits. For this, and for countless other reasons, he will be missed.

His love of family was unrivaled, and he never failed to let us know how happy he was to see us on our frequent visits. I trust my sons are old enough to appreciate and remember his unabashed love for them.

Because of his amazing resilience and determination (and probably sturdy German genes), we had him longer than we expected, for which we’re grateful. In the end, though, his suffering outweighed his desire to be among us and he left us with an indelible image of a full life lived on his own terms. If I lived twice as long, I could only hope to learn half of what he knew. His legacy will live on through his daughter (my wife) and his grandsons (our sons). He lived to see them become competent piano players and excel academically–music and education being the two things he valued nearly as much as family.

He was an extensive traveler in his day and we plan on perpetuating that family tradition as well, time and money permitting. Knowledge comes in all forms, and travel is one of the most mind-broadening experiences available.
A toast to you, Dad. On behalf of writers everywhere, we thank you for your lifelong patronage and for showing us all that you’re never too old for a good story.